Use knx in node-red, just like the mqtt nodes

Simple Node-RED nodes for knx. The input and output nodes is used in a similar way as the built in mqtt nodes.

Set Group-address and DPT in node config to subscribe to all messages with that destination and msg.payload will contain the value you want.

Listen to values written to address 1/1/1: 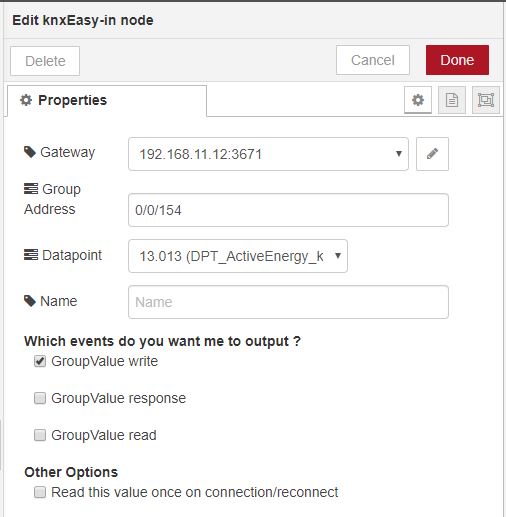 If you need more than the value, extended information is available in the message outputted:

(Read events will have payload and knx.rawValue of null)

Set up group address and select DPT in node configuration. Send your values using msg.payload This makes it simple to connect the output node directly to a slider or a switch. 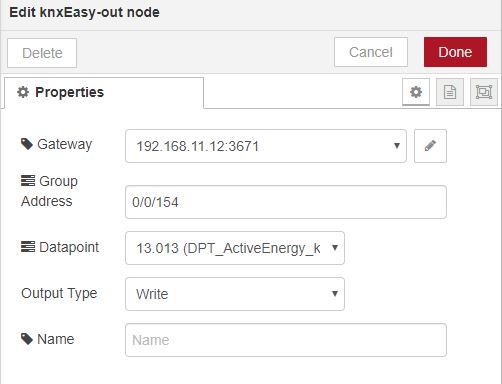 Output mode can be set to "Response" if you want to use a input-node to listen for readRequests and make your own responses to the knx bus.

The following parameters can be sent to override what is configured for the node:

Example: If you only want to override destination you would send only that, eventType and dpt will be taken from node config: