A Node Red node for analyzing garbage collection information in V8. That V8 is Google's Javascript engine (written in C++), that is a.o. used to run Node.js.

This node can be used to analyse memory problems, without having to install third party tools.

The msg.payload off the output message will contain a JSON structure, with lots of GC related information:

Explanation of the properties in the payload:

The msg.topic value will contain the (abbreviated) GC type description:

For example, let's get the amount of heap memory being freed by the garbage collector:

Based on the topic, this flow can show separate graphs for each GC type (minors in blue and majors in orange): 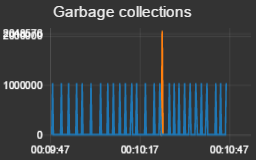 You can select which GC types should trigger a message on the output port.

Garbage collection is a complex process, and lots of information about it is available on the internet. However here some basic information to get started.

The main Node.js program could create a new object (on the heap memory), for example:

Each car will have an engine, so inside the Car class other data could be allocated:

And so on ... This means an entire memory graph will be constructed, started from our main program (root node): 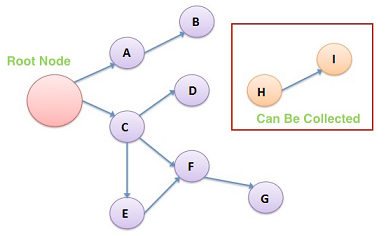 In our example A would be a Car object, and B would be an Engine object. Each of the objects can have references to other objects.

An object is needed in a program, as long as as that object can be reached (by traversing the memory graph) from the root node. If it cannot be accessed anymore from the root node, it should be deleted: like objects H and I which are unreachable.

In Javascript a garbage collection system is responsible for cleaning up unreachable objects automatically, when required by the V8 engine.

The memory consumption in a normal application would look like this: 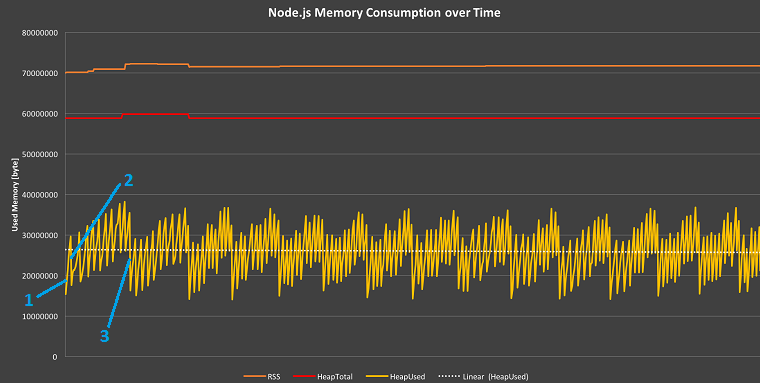 Under certain circumstances, the major garbage collection will not be able to free up all memory (see delta inside circle): 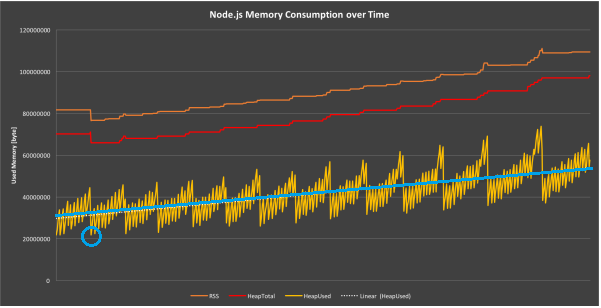 7 in the last week